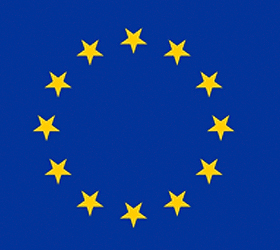 ISLAMABAD, Aug 24 (APP): Islamabad Chamber of Commerce and Industry (ICCI) has called upon the government to take initiatives for seeking greater access for its exports to the United States and European markets for shoring up the sliding economy in the wake of the worst floods in the country’s history. Zahid Maqbool, ICCI President, in a statement here Tuesday said that the country has suffered immense economic losses due to recent floods.  He said one viable option for the government was to seek at least 10-year preferential market access from the US and Europe, especially for its textile exports as these two countries are the largest importers of Pakistani textiles.

He said these countries had given preferential treatment to Sri Lankan textile exports in the wake of destruction from tsunami to help it revive its economy.
He said the floods have also devastated Pakistan’s economy and displaced its more than 20 million people.
He said Pakistan should also be given preferential treatment for its exports so that it could cope with the economic pressures caused by the recent unprecedented natural calamity.
“Pakistan faces huge economic challenges after the devastating floods that have wiped out farmland and ruined infrastructure including roads, bridges, railways tracks, industrial and power plants etc. which could set back growth of our economy for years”, he added.
He said this is the high time that big markets should come forward to help Pakistan in reviving its fragile economy.
The only way for sustainable rehabilitation of the flood affected people is through creation of new jobs, which will not be possible unless the world allowed greater access to Pakistan’s exports, he added – APP
Twitter Facebook Google + Linkedin Comments