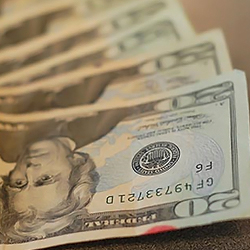 KARACHI: The repatriation of foreign exchange in the form of profit and dividend has increased by 10 per cent during the first month (July) of the new fiscal year.

The State Bank reported on Monday that the outflow in July was 10 per cent higher than the corresponding period of last year. The outflow was $62.1 million compared to $56.5 million during July, 2009.During this period the foreign direct investment also fell sharply, which was an outcome of disturbing economic, political and deteriorating law and order situation.

For the last couple of years the foreign investment has been falling amid fear of further degradation of law and order and poor performance of economy.

Experts keenly watching the FID movement said Pakistan was in a difficult situation, especially after floods, which affected 25 per cent population of the country and washed away their resources.

“In fact, 25 per cent population is out of economy, which means at least 40 million people will not participate in the economy,” remarked Abid Saleem, a research analyst.

Analysts said the 40 million people instead of participation in the economy, would be a burden as they would use the resources allocated for the development projects.

They said that under such circumstances there is no hope for increase in foreign investment.

“A couple of years before, the rising repatriation of foreign exchange was concerning but now the falling figure is a cause for worry, which means the country has no place for the FDI,” said Abid.

Most of the analysts were busy in calculating the massive devastation caused by the floods, which is still threatening the province of Sindh.

“How much has damaged in the floods would be clear once the flood is over and the government and other local as well as international agencies would carry out studies to estimate the volume of damage,” said Mohammad Imran, another researcher.

The government officials have started hinting that the country could hardly achieve any growth during the current fiscal as the floods have massively destroyed agriculture, including the cotton, which runs the wheals of the textile industry.

Analysts said despite international aid, which rose to over $800 million, the impact of floods could not be minimised as the loss is huge and the devastation demands a long-term strategy for recovery of the economy.